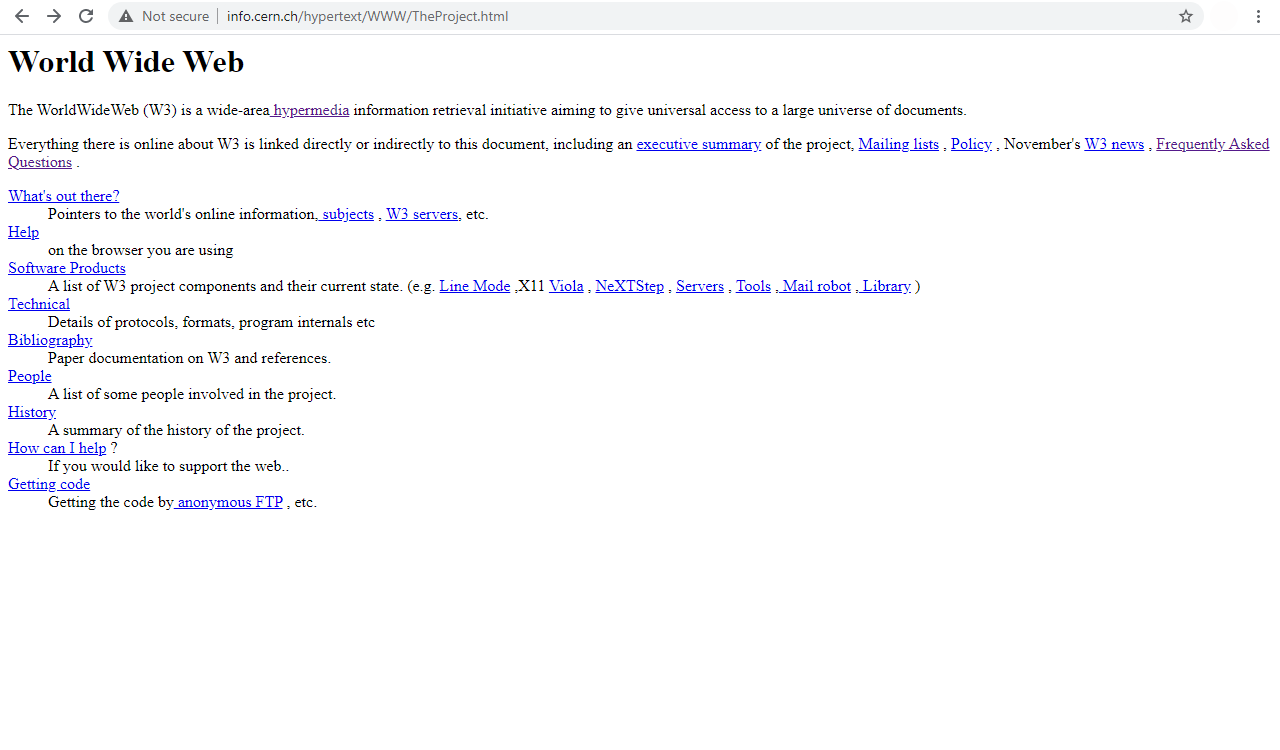 It outlined how to create Web pages and explained more about hypertext.

It went live on August 6, 1991. It was dedicated to information on the World Wide Web project and was made by Tim Berners-Lee. It ran on a NeXT computer at the European Organization for Nuclear Research, CERN.

In March 1989, Berners-Lee gave managers at CERN a proposal for an information management system that used hypertext to link documents on different computers that were connected to the Internet. (Hypertext, a term coined in 1963, allows a person to get a document or piece of content by clicking on a coded word or phrase.) Labelled “vague but exciting” by his boss, the proposal at first wasn’t accepted. Berners-Lee teamed up with Robert Cailliau, a Belgian engineer at CERN, to refine the proposal, and in 1990 the Englishman’s boss gave him time to work on the project. After originally calling the project Information Management, Berners-Lee tried out names such as Mine of Information and Information Mesh before settling on WorldWideWeb.

What is it that you need? Website? Online Shop? Ads? Hosting? Email? We can help you

Subscribe to receive inspiration, ideas, and news in your inbox 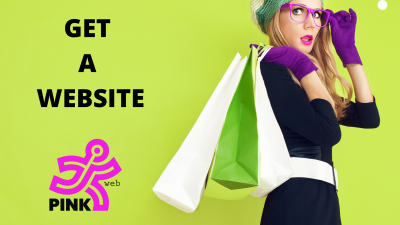 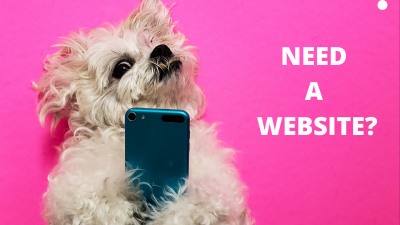 Not found any comments

Essential Windows keyboard shortcuts to save you a click

Make some sick beats at Patatap

Why PhotoShop is important

Facebook continues to be the reigning champ of social media sites, as the #1 spot where friends connect and share online. More than just a meeting pla [...]
Read More
Design